Before reading or going through this article, I suggest you go through these first:


It took quite a while for me to understand exactly how the table pointer works in this case – to retrieve data from the sine table and feed it to the PWM module and generate the required output 50Hz frequency (you can use any frequency but my requirement is 50Hz). I had come across the method and its explanation when coding for the dsPIC33 microcontroller while I was attempting to make a sine wave inverter using the dsPIC33. After a lot of research and thinking, I could finally implement it for PIC16.

While many have seen my posted codes and explanations regarding sinusoidal pulse width modulation (SPWM), some people have requested me to explain how the table pointer in the interrupt works. Remembering my difficult experience with this, I decided to write up this article to help all of you who are struggling with this to help clear your doubts and make you understand exactly how it works so that one can implement SPWM with a sine table with any number of table values and for any desired output frequency.


Here's the circuit diagram (the hardware portion of SPWM implementation): 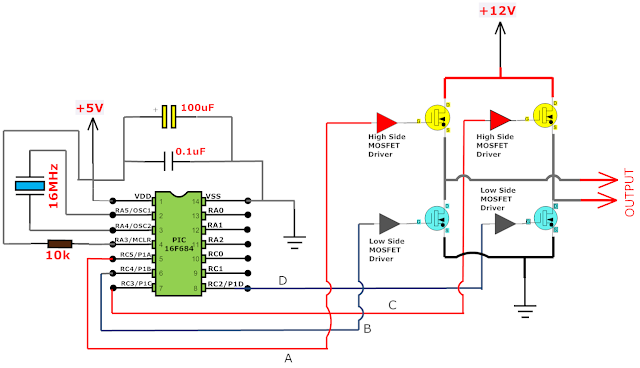 Fig. 1 - Circuit Diagram (Click on image to enlarge it)

For the MOSFET drivers, you can use the common high-low side drivers – IR2110. For a thorough tutorial on using the IR2110, check out:
Tutorial (Click here to open tutorial): Using the high-low side driver IR2110 – explanation and plenty of example circuits

Another tutorial (this one regarding low side MOSFET drivers):

Now, back to the software side of things. The registers responsible for the automatic updating of the duty cycle are SET_FREQ, TBL_POINTER_SHIFT, TBL_POINTER_NEW, TBL_POINTER_OLD and DUTY_CYCLE. So, I’ll get to this a little later. Let me deal with the rest first.

Setting ANSEL to 0 selects the ADC-associated pins as digital and this is done since the ADC isn’t required for this program, and this frees up the pins multiplexed to the ADC so that they can be used as digital IO lines. Setting CMCON0 to 7 does the same thing, just for the comparator instead of for the ADC.

PORTC bits 0 to 5 are all made input at first. CCP1CON is set to 0x4C. This sets the ECCP mode to “PWM Mode” with P1A, P1B, P1C and P1D set active-high. Timer 2 is turned on and a polling check is done to check if Timer 2 has overflowed or not. When Timer 2 overflows, the interrupt flag is cleared and PORTC bits are selected as output pins. Timer 2 interrupt, global interrupt and peripheral interrupt are enabled.

Now the program just loops in the infinite endless while loop. So, the program now just does nothing – but execute the interrupt when it occurs. Since PR2=249, the time period is 62.5us. I assume you can do the math. So, an interrupt occurs every 62.5us.

Now on to the main part of this code – the interrupt. Every 62.5us the interrupt service routine is “entered” (if you think of it like that in terms of program “flow”) and executed.

In the main() function, I had assigned the value of 410 to SET_FREQ. SET_FREQ determines the output frequency of the sine wave, which in our case here is 50Hz. You’ll soon see how.

After TBL_POINTER_NEW is shifted 11 times, DUTY_CYCLE is assigned the resultant 5-bit value. This acts as – or rather is – the table pointer and the required value is retrieved off the sine table. This value is assigned to CCPR1L, thus setting the appropriate duty cycle.

Now let’s see why TBL_POINTER_SHIFT is needed to be incremented every 5 interrupts and how we’ve done that.

Our frequency is 50Hz – time period is 20ms. A half cycle takes 10ms. Recall that the sine table used is only for half a cycle. So, the 32 values must be called such that they make up the half cycle. The interrupt service routine is executed each 62.5us and so, retrieving all the values from the sine table and using them to update the duty cycle takes a total time of 62.5us * 32 = 2000us (assuming each value is retrieved/called once). That’s 2ms. But our half cycle is 10ms – 5 times larger than what we have now. So, we increase the time five folds. How? By calling each value from the table 5 times instead of only once. So, the time involved is now 32 * 62.5us * 5 = 10000us = 10ms.

So, now you know the answer to why I’ve called each sine table value 5 times: to ensure that the sine table that has 32 values occupies the entire 10ms. Now, how did I make it repeat 5 times? By setting SET_FREQ to 410. You might be wondering how this works. Well, it works this way.

I’ve talked about SET_FREQ, TBL_POINTER_NEW, TBL_POINTER_SHIFT and right shifting eleven times. Now you may ask why eleven times. Why not 5 or 10 or 12 or any other value? The reason is that we have a sine table with 32 values. 32 = 25. Shifting a 16-bit variable eleven times to the right leaves us with a 5-bit value – one between 0 and 31. These 5 bits are the upper most (most significant) 5 bits. This 5-bit value is the sine table pointer. This works in conjunction with the number of sine table values and the value of SET_FREQ to set or determine the output sine wave frequency. If we had 64 sine table values, we would right-shift TBL_POINTER_NEW 10 times instead of 11 so that the shifting operation results in a 6-bit value. 26 = 64 and that is the number of sine table values we have – the table pointer would have a value between 0 and 63.

At the end of this tutorial, I have covered an example. You should follow the example and I’m sure things will be clear by then (I know that the amount of information presented thus far is overwhelming and difficult to grasp!).

Now that I’ve explained how it all works (I have a hunch you haven’t fully grasped everything yet), let’s see how you can make necessary modifications to suit your purpose (and make sure you grasp it all properly).

Now let’s consider a situation where we use 20kHz instead of 16kHz, have 64 sine table values and a sine wave frequency of approximately 30Hz.

We would set the number of shifts to 10 instead of 11 so that the shifting operation results in a six-bit value: 26 = 64, since we have 64 sine table values.

Now to verify this.


And that’s it. It’s not too difficult once you grab it. The main part of the interrupt is 7 lines only! And it's taken me 6 pages to explain it! And I hope I’ve helped you understand it clearly so now you can edit my code to your requirement or even write a new code from scratch! Let me know your comments and feedback! Happy coding!