For the love of football (soccer) 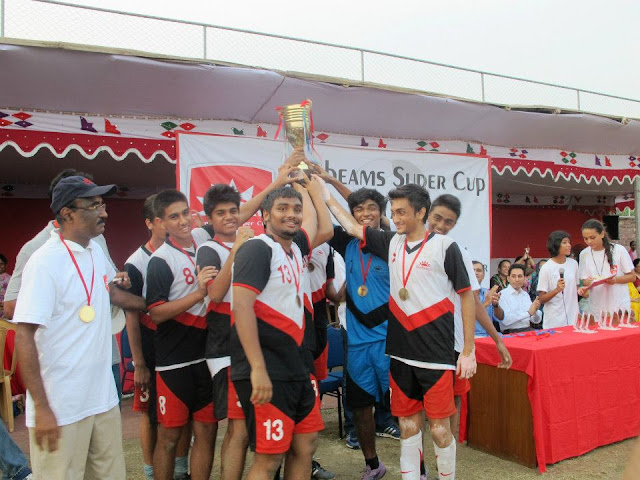 Our School Team With The Championship Trophy 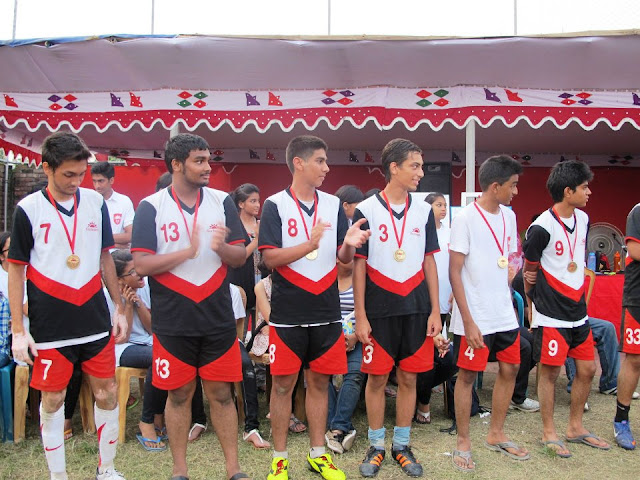 My number 13 is not unlucky for me 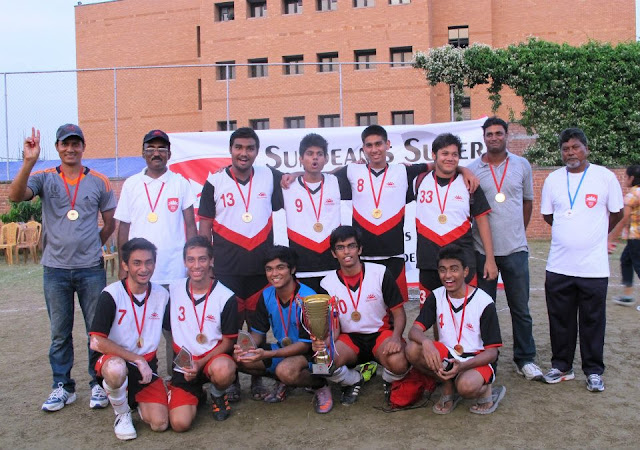 
Yesterday (29th September 2012), our school team became champion of the Interschool Football (Soccer) Tournament, beating Aga Khan School in the final. I am one of the proud members of our team and am very happy having won our school the first Senior Championship in four years. But, behind this happiness, there is bitterness, sorrow and dissatisfaction.

The sector in which my house is located, has become, like most of Dhaka, a concrete jungle. There is not a single playground in the entire sector. So, to play or practice properly, I had to go to a different sector, almost three miles away, where there is a field. However, during the day - from morning to evening, the ground is occupied by players from that sector or nearby areas.

So, I chalked out a plan. On Fridays, Saturdays and on other holidays, I, along with my friends from our sector and nearby areas, go to the ground very early in the morning (while it is still dark) and start practicing and playing to our hearts' content until at around 9 in the morning, players from that sector come and occupy the field.

Occasionally, my friends and I would play on the streets, just passing the ball around and playing the odd match of street football.

Like me, the other players in our school team, practiced football outside of school, improving and building themselves with their own initiatives on their own merit, and brought our school fame.

Despite all these difficulties and limitations, we love football. I pray and hope that one day our school authority will realize that football and other sports are not less important than academics.

A bookworm, no matter how brilliant he is, may not always be as helpful to society as a healthy and fighting fit meritorious student can be. After all, the phrase goes "Survival of the fittest...."
Posted by Tahmid at 1:22 PM