PIC32 Development: Proto board on verroboard 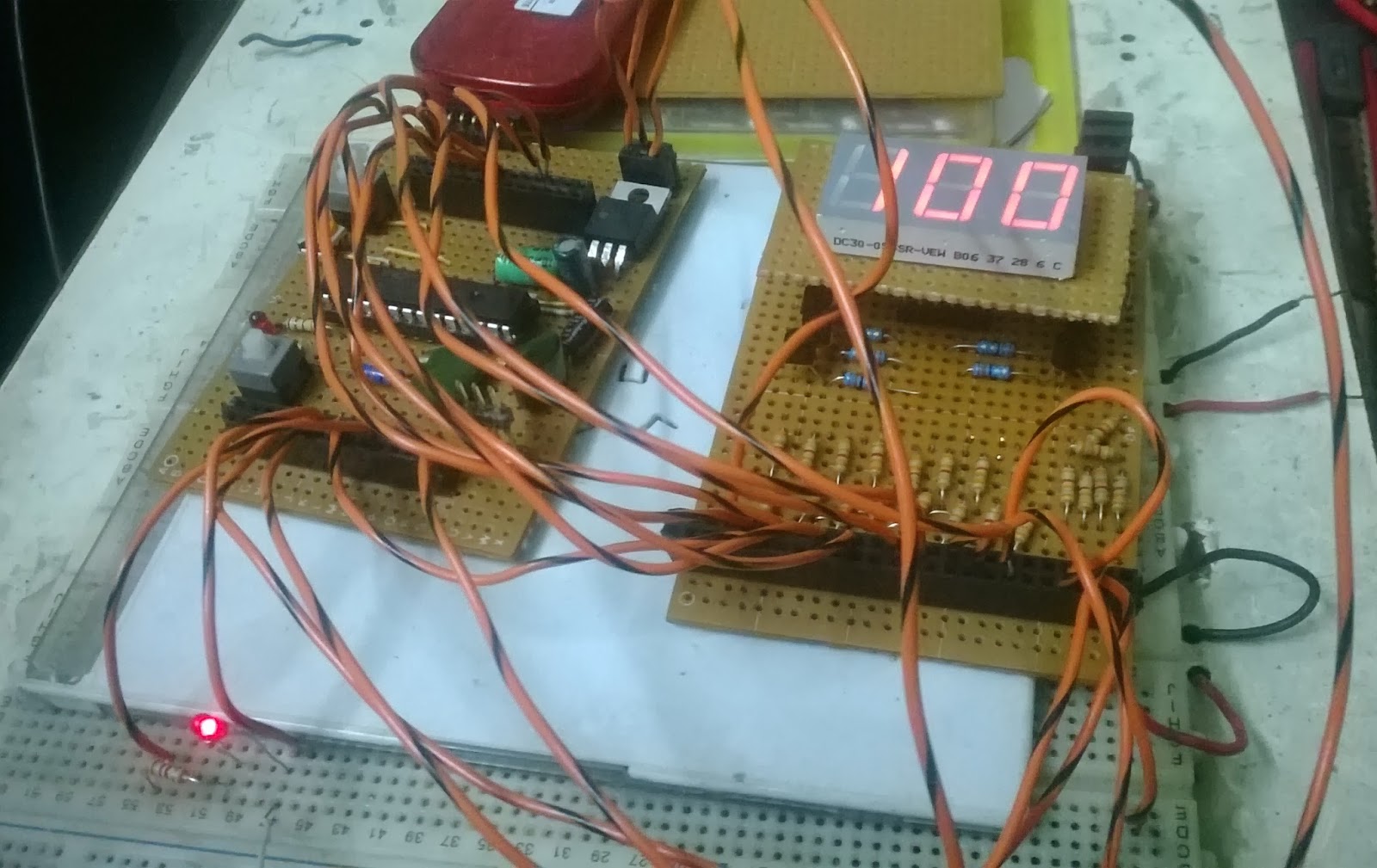 It’s been a while since I last posted. My second semester at Cornell has begun and it has been busy.

My first semester ended mid December 2013. So I went back home to Dhaka, Bangladesh for winter break.

Unfortunately, due to the ongoing political crisis in Bangladesh at the time, I could not spend too much time outside home. Thus I ended up spending a lot of time on electronics. There were two aspects to this over my winter break. One, I spent a lot of time with the PIC32, writing some code, doing tests with the peripherals and making a “proto board”. That, I must admit, was a lot of fun. It was a continuation of my independent study (see: http://tahmidmc.blogspot.com/2013/09/200000-views-ithaca-arm-and-dmips.html and http://www.tahmidmc.blogspot.com/2014/01/a-comparative-study-between-at91sam3x8e.html). The second part was me developing an AC-AC voltage stabilizer (more on that later, in another article) and also toying around with the Arduino Due (also part of my independent study).

The basic layout of the board is:


That’s about it as far as the PIC32MX250F128B “proto board” goes. There’s another board that I made on verroboard for testing – that’s the 3 digit 7 segment display board. This board consists of – you guessed it – a 3 digit 7 segment display. But the key thing is that it has driver transistors on the board so that I don’t have to worry about drive current from the microcontroller. There are 7 seven driver transistors BC547 working in the common collector (emitter follower) mode to just act as an analog buffer and a current amplifier. The display itself consists of 3 common cathode “digits”. So, for each of the digit common cathodes, there is a driver transistor – I have used the 2SD882 transistors. In all honesty, such a high capacity transistor is not needed; but I did not have any BC337/PN2222A transistors in hand and this was the only non-power transistor I had that was capable of withstanding more than 100mA current.

I’ve done quite a few projects with these boards. I’ll be posting these from time to time. For now, here are some pictures.

Here’s a picture of the two boards along with some wiring between them and some additional components on a breadboard. 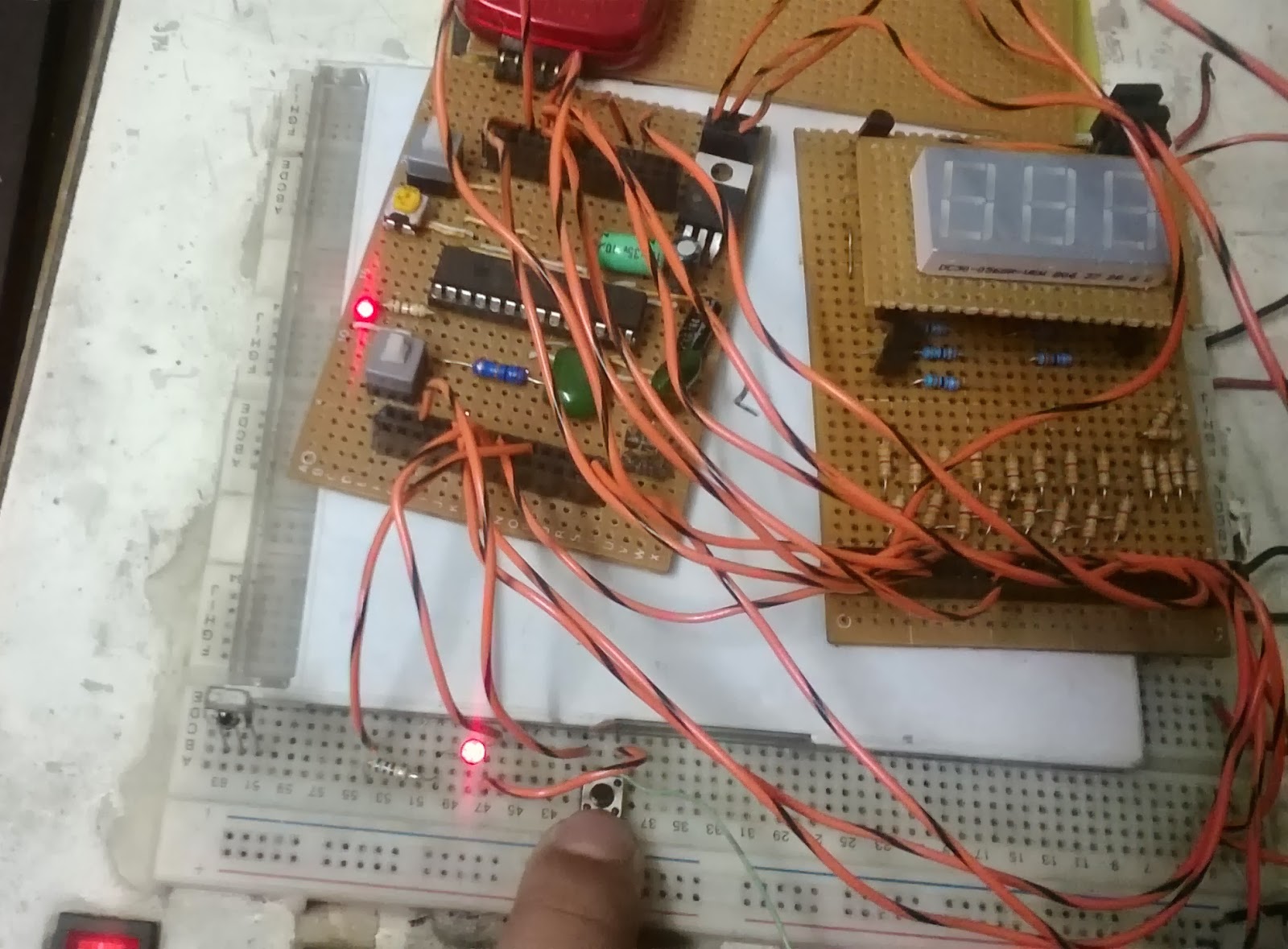 Here’s one with the 7 segment display in action: 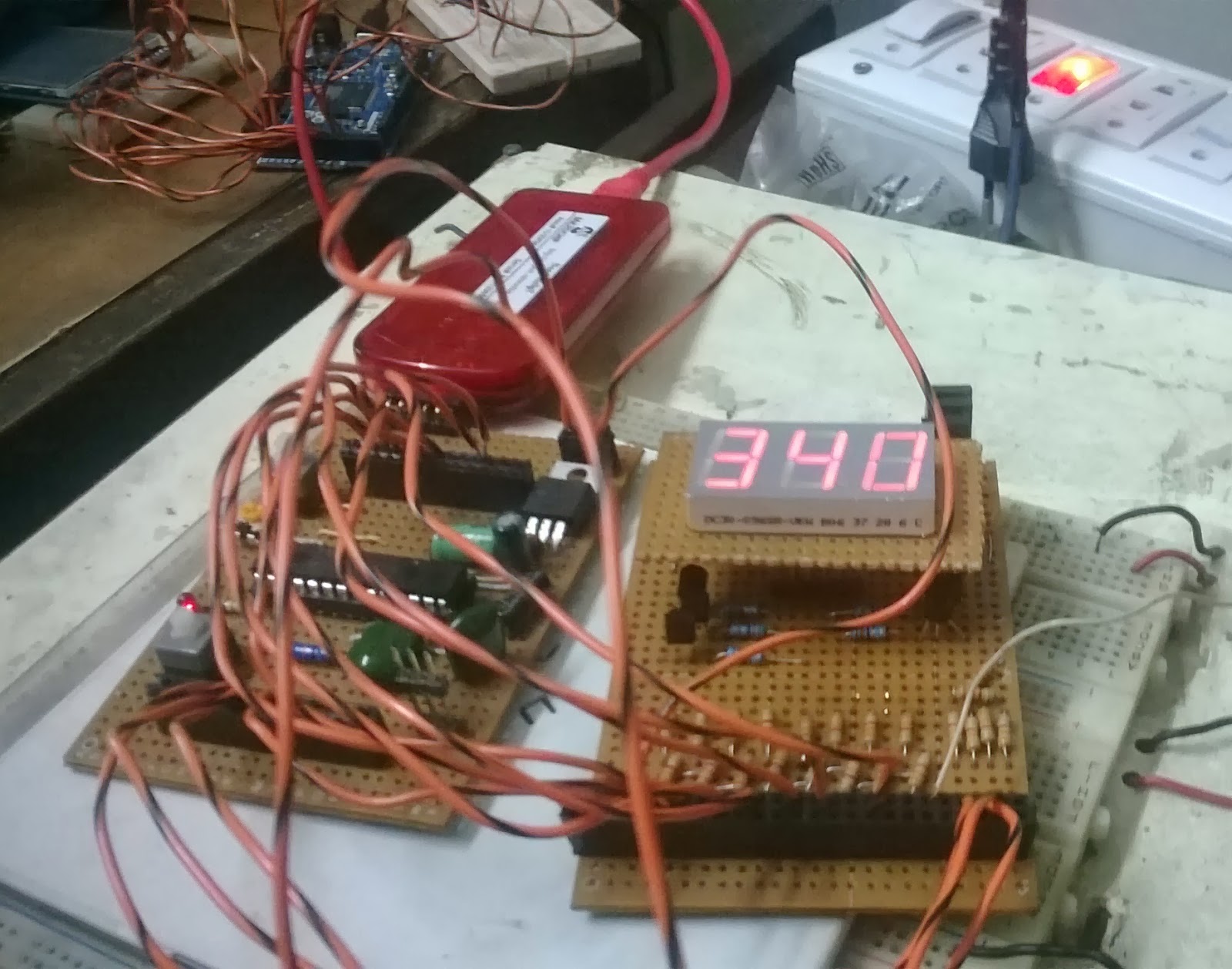 You can see the PICKIT3 connected as well.

Here’s a view of just the PIC32 protoboard: 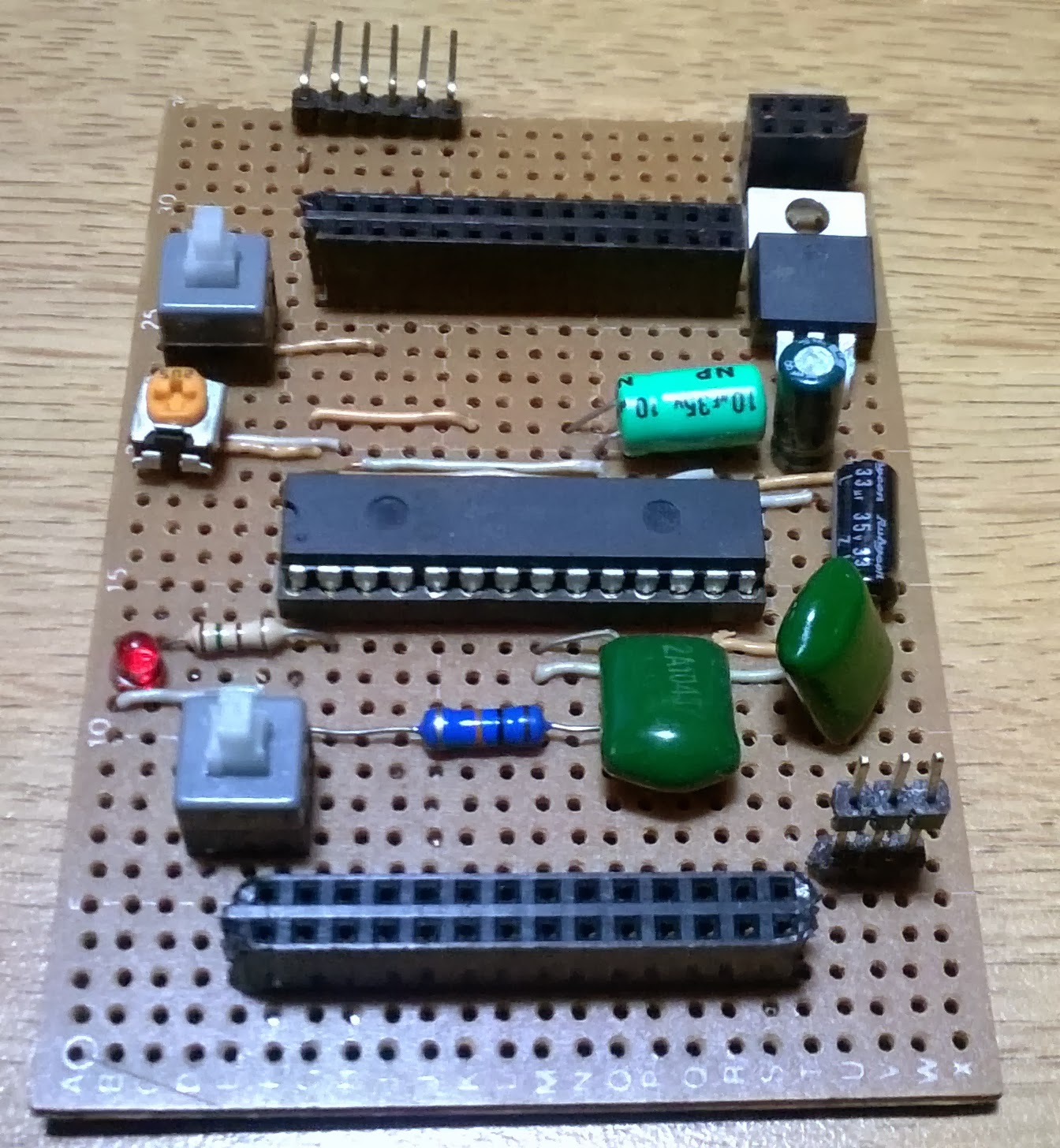